The Peru Sacred Grid inner alignments are from The Temple of the Sun and Moon in Vilcashuaman shown in the red lines. Going North, it travels through Washington D.C. into Auriga's Little Dipper. Aligning Southwest, it connects with Sirius and to the Southeast, it goes to the tip of Hydra's tail in South Africa. 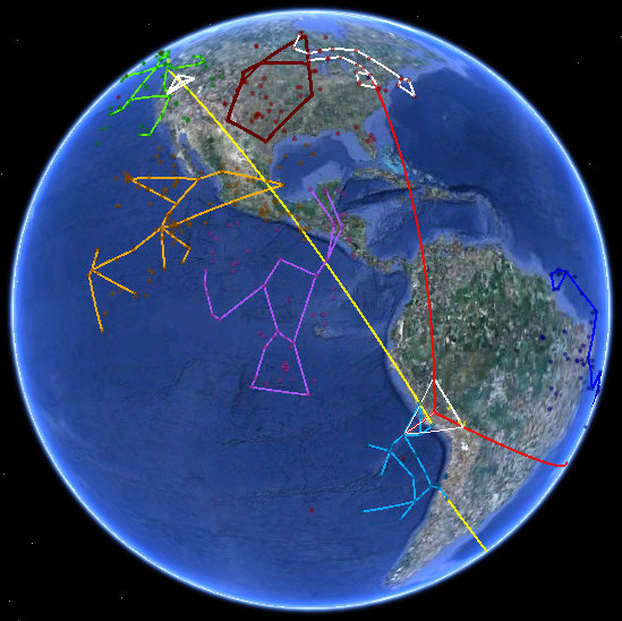 Peru Sacred Grid and Sirius' Alignments
In the first alignment I followed Sirius' nose originating at the crown of his head and it went all the way into Perseus as shown below in second image. 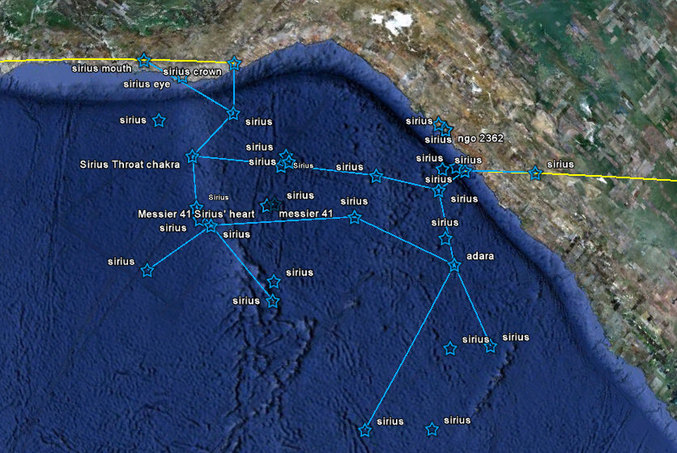 Sirius' Alignments
As you can see the alignment from Sirius' nose goes through Orion's arm into the nose of Taurus, through the center of the Pacific Northwest Sacred Grid onto Perseus. 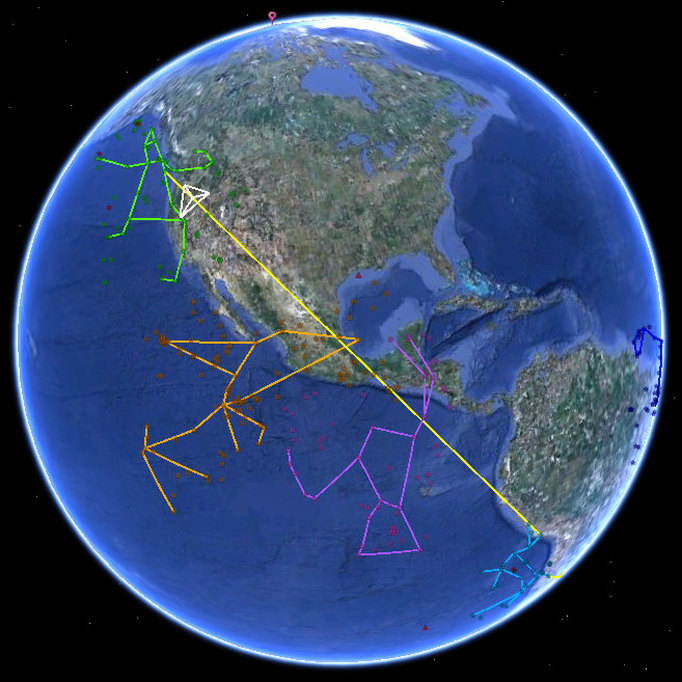 Sirius' Nose to Perseus
I thought it was so interesting that yet another alignment showed up that connected Sirius to the Pacific Northwest Sacred Grid. Shown below are the other alignments that showed up such as the Ancient Route seen in the white line, the alignment from the Harney Cross to Urcos Cross seen in the purple line and the focal direction of the two center faces in the sacred grid seen as the blue line. The distance between each line is almost equal. From the center alignment of the Pacific Northwest Sacred Grid (blue line) to the yellow line, Sirius' nose alignment, is 300 miles and from this line to the Ancient Route in white, it is 260 miles, a difference of only forty miles. 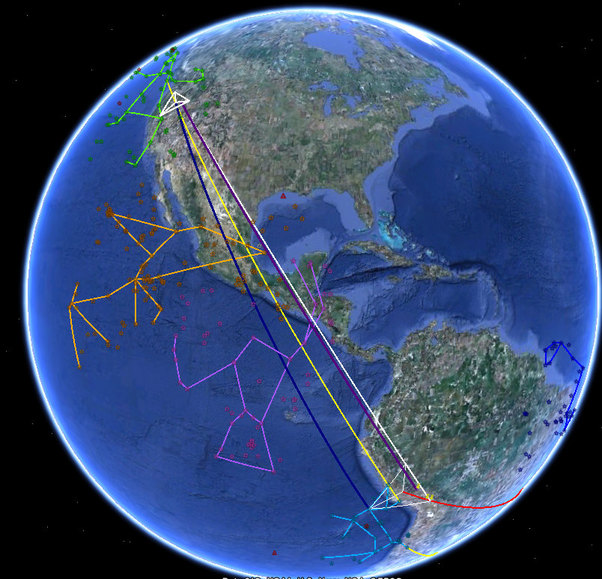 Pacific Northwest Sacred Grid Alignments to Peru Sacred Grid and Sirius
From Sirius' tail the alignment crosses South America and the Atlantic, through Ophiuchus and the Serpent, onto the foot of Hercules as shown below.

Below is the closeup image of Sirius' tail alignment in Hercules and as you can see it is located in a very ancient sacred area of the world near loads of temples and Angkor Wat. Note in the bottom left where the 2004 tsunami took place is where one of Ophiuchus' stars is.
So when a dog points it's tail and leads with it's nose, it is targeting, scanning and alerting those around it. I find it extremely interesting Sirius' nose goes to the subduction zone in the Pacific Northwest and his tail goes to the Bay of Bengal, a highly seismic area.
The Sirius alignments goes through Orion, Taurus, Perseus and Ophiuchus and as mentioned prior, the inner sacred grid alignments go to once again Sirius, Auriga and Hydra, the newest nation versus the oldest with Peru and Sirius being it's center.
The Peru Sacred Grid and Sirius are aligned with numerous pyramid complexes in South America along it's west coast, on up into the lands of the Olmecs and Mayans in Central America and Mexico. From there it goes through the Four Corners area of the U.S. and into the Pacific Northwest off the coast of Seattle, Washington. Going the other direction through the tail alignment, it also goes through Argentina onto the border of Thailand and Laos. 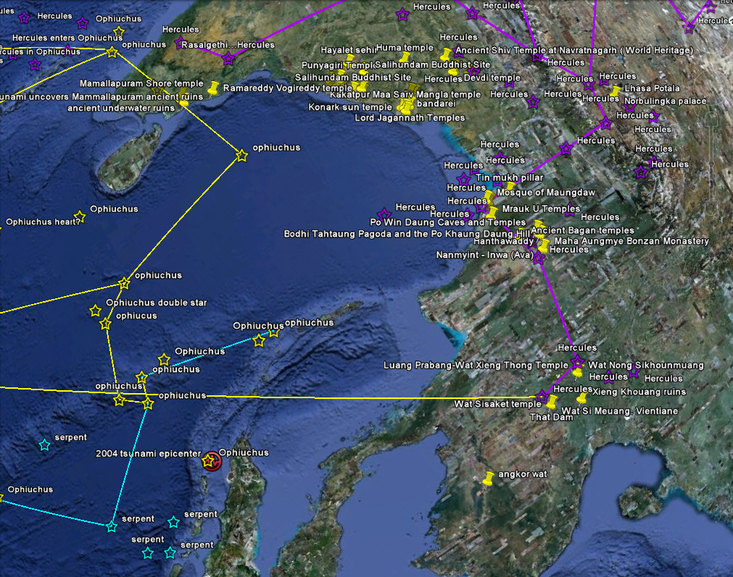