The Sacred Grids and their Constellation Alignments in the Eastern Hemisphere 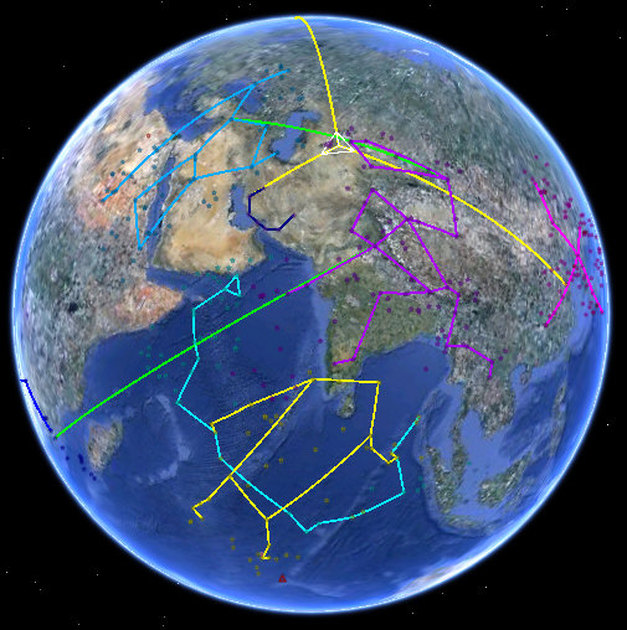 Hercules is pointing his sword directly into the Aral Sea Sacred Grid and aligns with Bootes arm in ancient Turkey, holding his staff over the Mideast.
Hercules second alignment from his arm goes through the Serpent of Ophiuchus onto the tail of ancient Hydra in South Africa. 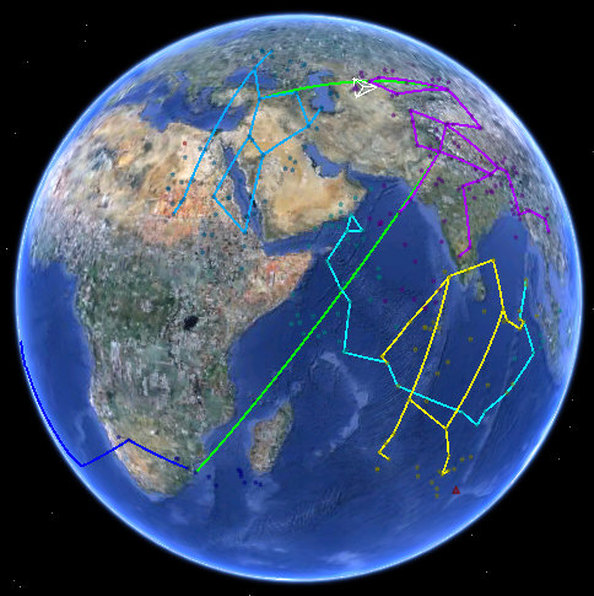 Hercules Alignments
What I found interesting were the alignments from Hercules arm to Hydra and Sirius' tail alignment to Hercules foot is almost parallel to one another with Ophiuchus being in it's center facing Hercules. There is a definite link with South America, South Africa, Central Asia and India where most of our historical religions and societies were conceived and created that radiated out into the world. 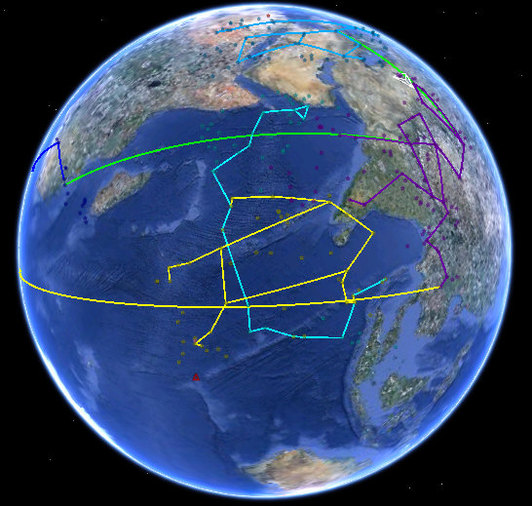 Hercules and Sirius' alignments
As you recall all three Sacred Grids in Central Asia, Mideast and India are covered by Hercules, hence Hercules alignments to Bootes and Hydra are the same with these grids. 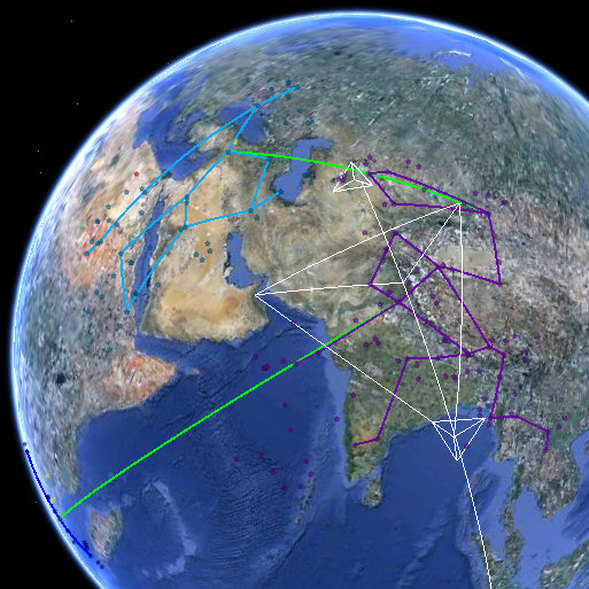