* Welcome to Wake Up Humanity *

Every moment we, as the family of humanity, are creating a new story in our
Collective Evolutionary Awakening and Transformation.
We are collectively negating the frequencies and intent of Earth's old programs and systems
by formally co-creating a new expression of Being and relating.
We are awakening to the Truth of not only what is taking place on this planet and beyond,
but to who and what we are in Truth.
This website is an intentional space created for this process now unfolding.
Many people are now beginning to consciously experience Universal dynamics.
Hence, more and more are making deep inquiries
into these experiences, seeking to form a greater understanding.

At this time I am open to work with those who seek to gain a deeper conscious understanding
of their inner and outer worlds, feeling stuck, lost or confused and how to shift out of it.
In addition, I work with those who are beginning to tap into the world of
frequencies/tones, grid systems and sacred geometry.

Thank you and an Abundance of Blessings to you!
In Love and Peace......Patricia Summers 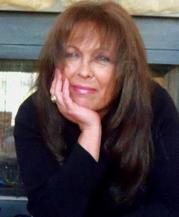 A few nights ago I was watching The Mystery of Chaco Canyon narrated by Robert Redford on PBS. This fantastic documentary was done by Ana Sofaer and The Solstice Project, focusing on the complex of Chaco's buildings and their alignments with the sun and moon. Most incredible, the sun daggers found on Fajada Butte by Ana Sofaer.
So today I found it on you tube and while watching, I noticed a huge carved face above some pueblos. As the film ran and the sunlight fell onto the side of the carved face, I noticed it cast a shadow of the sculpted face onto the face of the rock next to it as you can plainly see, but I also noticed the shadow was actually doing something.
It began with it's mouth and eyes wide open, but as the shadow moved across the face of the rock retracting, the mouth and eyes began to close.......ending with closed mouth and eyes.
I thought surely people have seen this, especially those at the Solstice Project, but why wasn't something of such significance mentioned in the film?
I am very curious........what direction is it speaking to?
I've searched online for hours, but never found anything on it.........I contacted the Solstice Project website, but they never responded.
This amazing  face shows up at 12:00/54:32 on the video. 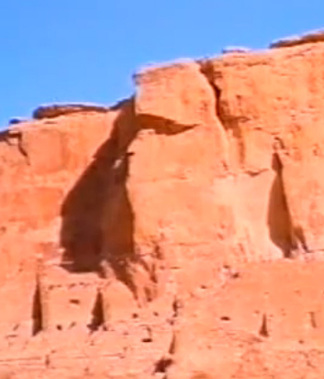 Scientific Proof that Galactic Energies Have Triggered Worldwide Consciousness Expansion
New energy from the galactic center is raising consciousness, which is triggering an upgrade to our DNA 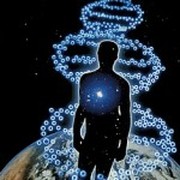 On Coast to Coast AM, scientist David Sereda provided evidence that our Solar System entered a new field of cosmic energy that set off a chain of events including the vibration of the entire planet, the largest storm ever recorded on Saturn, and an early sunrise in Greenland (related to a wobble of the Earth and magnetic pole movement).  The sequence of events began the day after the combined Winter Solstice and total lunar eclipse on December 21, 2010 – exactly two years to the day before the end of the Mayan calendar.

On Dec 22, 2010, one day after the Winter Solstice/total lunar eclipse, earthquake sensors all over the planet all went off at the same time with full signal strength.  According to Sereda, this was not an earthquake – the entire planet vibrated.

On Dec 23, 2010 NASA reported that the largest storm ever recorded on Saturn erupted and is still going on today.  Saturn is usually a very smooth object to look at.  But, the storm on Saturn is massive.  (Note that the storm may have also begun on Dec 22, but wasn’t reported until the next day.)

The Sun normally rises over Greenland’s most westerly town, Ilulissat, on January 13, ending a month-and-a-half of winter darkness.  For the first time in history, sunlight crept above the horizon two days early on January 11, 2011 [1.11.11] at 1pm. The media attributed the cause of the early sunrise to the melting of Greenland’s ice.   According to Sereda, that is laughable. Even Time Magazine said no.  Many, many miles of ice would have have melted for this theory to be correct.

There was also a report that compass readings in Ilulissat were off by 3-4 degrees on 1/11/11, but returned to normal three days later.  A compass is measuring the magnetic field – not the physical earth.  However, the back and forth reading of the compass along with early sunrise indicates that the Earth actually wobbled.  It must have wobbled at least a degree to have the sunrise occur two days early, according to Sereda.

Einstein said the field is the sole governing agency of matter.  Fields of energy dictate the behavior of everything – from subatomic particles to massive planets.   When you see a sudden change in an energy system, it will cause a sudden change to an ecosystem. With the giant storm on Saturn and the changes occurring on Earth, there is no doubt that something significant has happened from an energy or field perspective. Sereda concluded: “When you go into these new energy fields, changes are very sudden. you get these sudden vibrations.  And, there it was.  Everybody missed it.”

Sereda also pointed out that the human body has an electromagnetic field that can be affected by activity on the sun, as well as energies coming from the galactic center, as the Earth moves through it.  Fields of energy have either chaos or harmonic information inside of it.  According ot Sereda, if these energy fields that are coming in from the galactic center contain harmonic information, then there is absolutely no doubt that you can scientifically prove that it is causing a consciousness shift on this planet and will continue to do so through 2012.

A worldwide consciousness expansion is happening now and will continue through 2012, which is now confirmed by science and the events that are currently unfolding around the world.

David Wilcock, among others, has been lecturing for several years now about energy coming in from the galactic center that will trigger higher consciousness and a DNA upgrade.  You can learn a whole lot more by watching his outstanding film, “2012 Event Horizon”:
http://www.youtube.com/watch?feature=player_embedded&v=cEyqT2_ricA
Copyright ©2006-2050 Wake Up Humanity. All rights reserved.