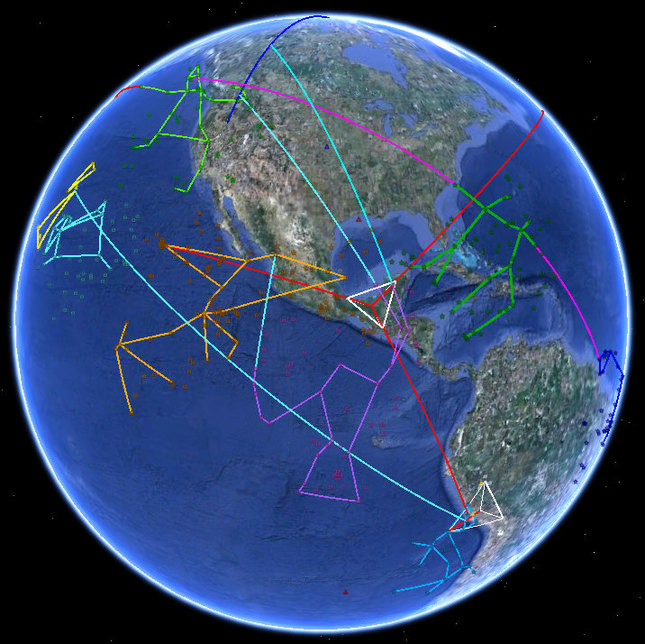 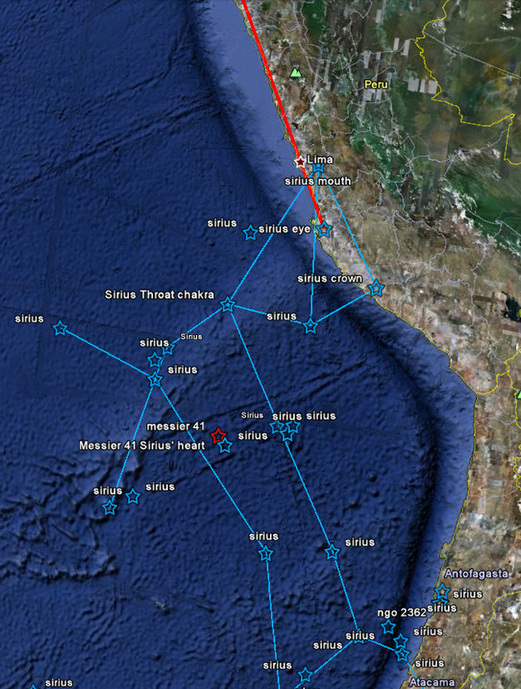 Palenque Inner Alignment to the eye of Sirius 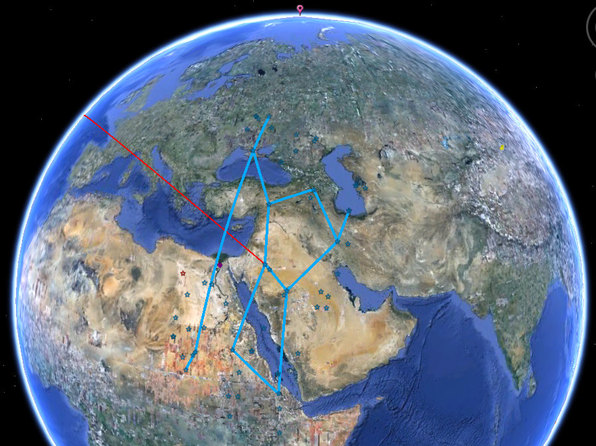 What is Orion the Hunter doing? As shown below in the turquoise lines, Orion's right hand is pointing to Taurus' head, I would imagine the eye area. His left arm which holds a club or sword I left open to see where they aligned to and as you can see the alignments go to Perseus' Pole originating from the Angel that drops down to Hercules sword on the opposite side of the planet in Central Asia. 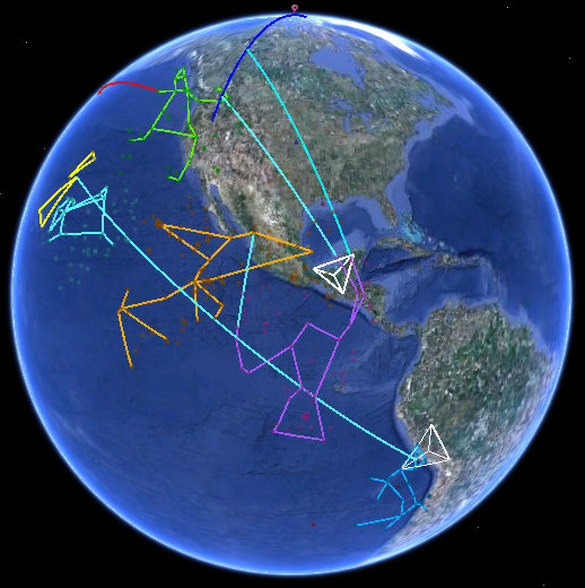 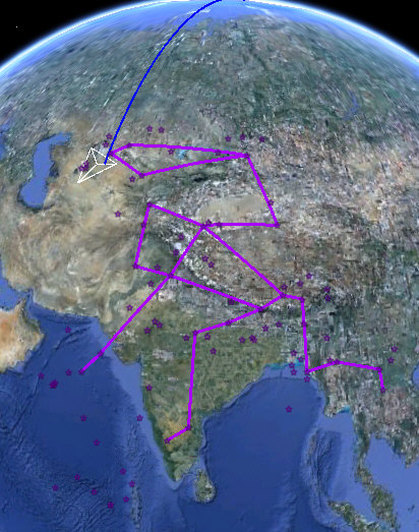 Perseus Pole to Aral Sea and Hercules Sword
We now come to the alignments of the belt of Orion. To the Southeast the Belt aligns right into Sirius' head near the eye just as the Palenque Sacred Grid inner alignment does as seen in the red line.
Next, the Northwest Orion's Belt alignment goes through Aries to the opposite location on the planet to the Great Pyramid...... parallel to the Triangulum star system.
The locations that comprise the triangle are Kauai, Hawaii and the opposite location to the Great Pyramid at 29.979269, -148.864844. This is not antipodal.