This was the second grid system which I call the Holy Grail system which you will see for obvious reasons. Each system I did had a completely different feel and purpose to it. The Holy Grail system felt as if it pertained to a state of oneness or unity and this grid system seemed to lock that holographic program onto and within the planetary sphere.

As before, it began with the basic foundation. Except the foundation was created a little differently this time. 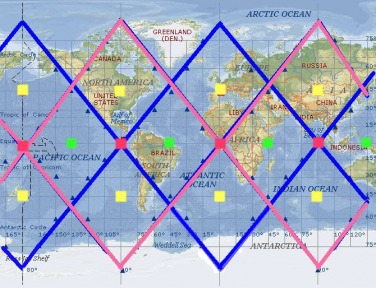 This time I was directed to literally follow each point or node. 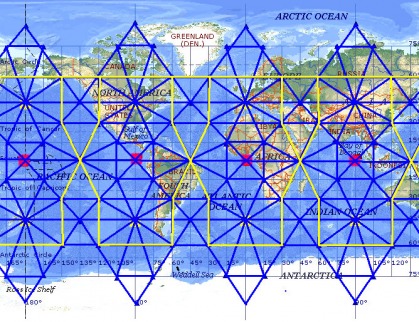 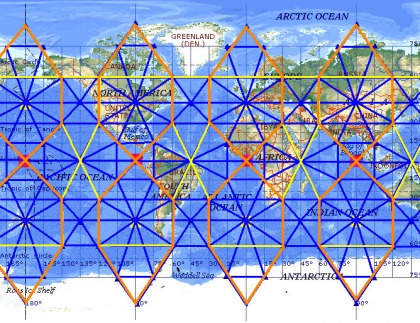 From the basic foundation on this grid system..........I just began to highlight what I was shown in the sequence as it was revealed to me. I don't have a clue what to call these orange double terminated formations, but as with everything they spin like crazy. 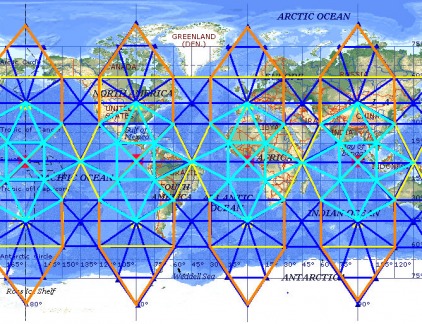 Once the layers of the foundation was made, the focus turned towards the centers and these spheres. 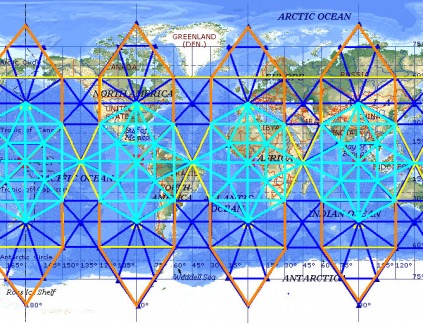 There seemed to be a theme of this double termination thing going on......... Everywhere. 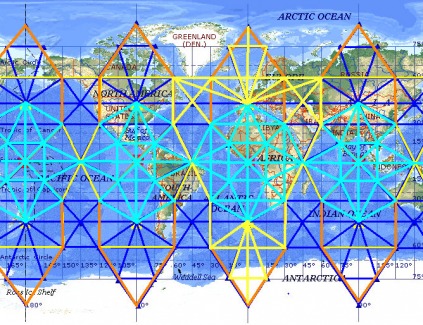 Once the spheres were in I was directed to return to what I thought was the foundation.........However, the following layers needed to be attached to both the spheres and foundation. 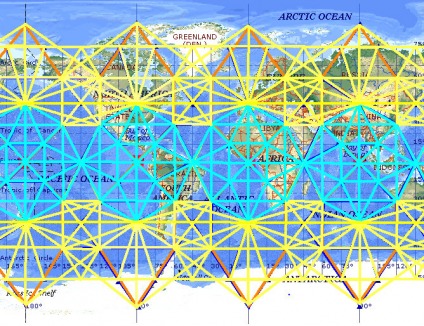 From here on in..........it was a wild ride. The top and bottom in yellow began to feel and remind me of a portion of the formula for temples or sacred architecture. 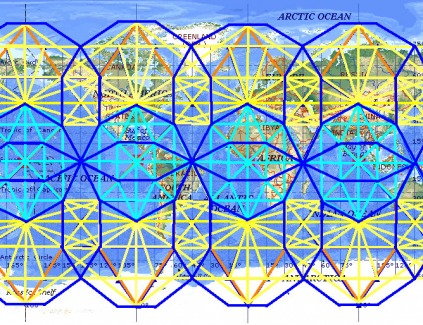 Then more spheres came interlocking with these double terminated formations. 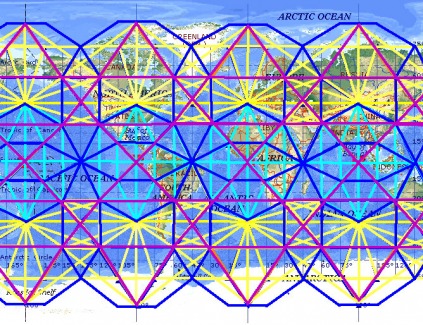 Then I was directed to anchor the whole system with the connecting Star of David's. 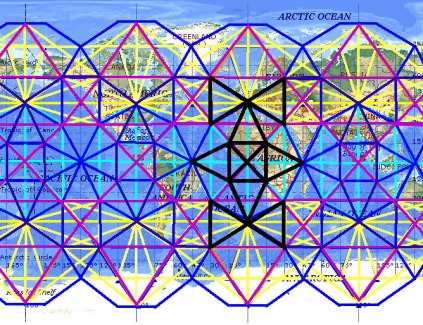 I thought I was done, but was directed to highlight the double terminated formations in the center with the two triangles facing each other. This created another anchor. 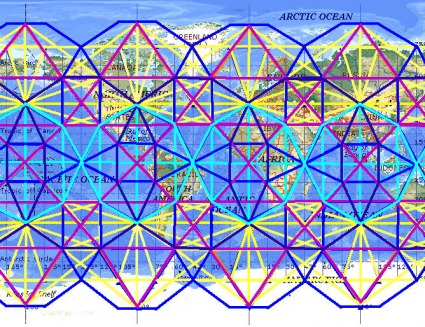 Here is the final system.
Just for grins and giggles I thought it would be fun to show you in the following maps some of the formations I kept seeing within this system. 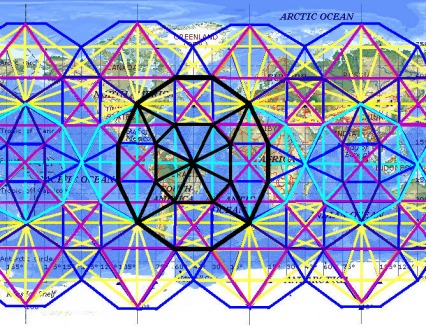 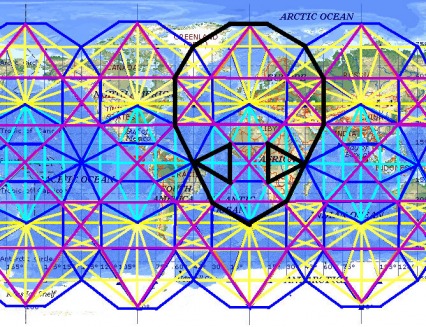 This reminded me of a human skull with the yellow rays originating in the pineal gland. I thought it was a little co-inky-dink there is four skulls that could represent the four races. Now if you follow "As above so below", flip the map upside down and there would be eight with the skulls overlapping where the eyes are. 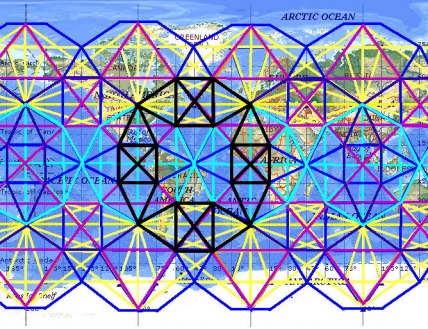 The four double terminations actually form the sphere as you can see. 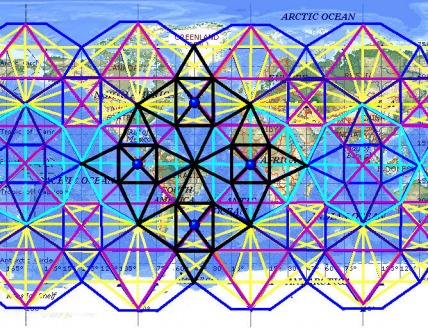 The four "crossed" double terminations creating the Celtic Cross in the center. 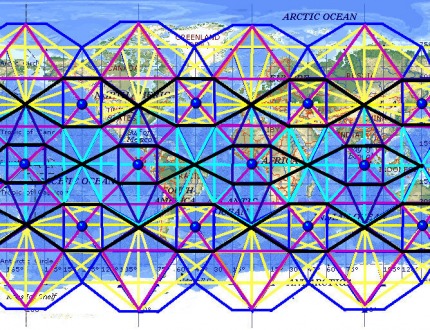 It's kind of difficult to discern, but in the black are three horizontal rows of double terminations. I put the blue balls in their centers to help to differentiate better. 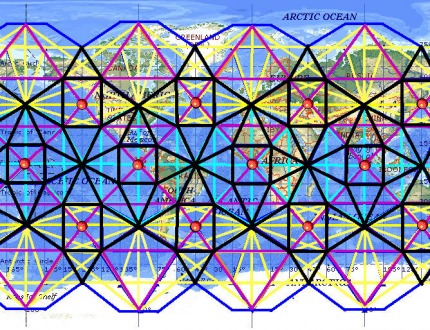