“The Pale One went to Ek-Balaam whose location is no longer remembered.” (This book was written in 1963, the ruins of Ek-Balaam were discovered in the 1990's....this shows just how accurate the legends really are through the descriptions held by memory)....
“Here the priesthood of the Tiger waited to deceive and kill Him. We will offer to Him a captive. If He takes the sacrifice then He is silenced, for He goes against all His teachings. Yet if He does not, we will declare Him but a man and kill him and break His body over the Idol.”
“Along the highway to Ek-Balaam, capitol of the Sacrificers, came the Healer receiving the plaudits of the people.” Hansen goes on to describe, “Past the ball fields and the great parks, past the houses whitewashed neatly, past the well kept gardens, past the markets and past all the business buildings went the sandals of the healer and behind Him like a mighty torrent, running, pushing, jostling, shoving, came the multitude of the people.
He thrust aside the jeweled gateway with a gesture of derision. The first of the mob now seemed reluctant, for this was the courtyard of the Bloody Tiger. Yet the Prophet had neither stopped nor looked behind Him and so like a dam that is shattered, the people burst in and swirled around Him.
Quietly He walked on through them and ascended the dreaded stairway. Halfway up He was met by the blood-smeared black-robed high priest of the Tiger.
‘No man dares climb these steps of the Blood God  Come you as man, or a god from the Great Veil?’
‘I come to you in the name of My Father- the one and only god of mankind. I bid you cease these sacrifices.’
‘Then you come as a god and we welcome you as one. We bring unto you now a sacrifice to show you that we know you.’
Statuesque the priests stood waiting while the people in the courtyard held their breaths in mortal terror at the daring of the Pale One. This was the signal for the priesthood to drag a chained captive forward, bidding him kneel before the Healer. Before the priest could raise the knife to strike him, the Pale One touched him and his chains were shattered.
‘Arise my friend and join the people.’
The people stared as if in shock, but not the High Priest. In a flash he raised his knife-blade and started toward the Prophet screaming: ‘Thou are not god  You are a demon who fooled us. You cannot feed on life-blood  You are but a man with human pity  Die as men die- for the tiger ’
The Pale One raised His palms before Him and the High Priest saw in each one a large cross torn in the flesh. He stood transfixed.
‘Why not strike down with the knife and kill me? Come now- ye cannot? Why do ye tremble?’
Then He turned and faced the people. ‘Men of the Kee-chee, I bring to you a message from the God who has no image. He dwells beyond the rainbow. He lives in the lava, moves in the oceans, breathes in the wind storm and made all things from ant to tiger. There are but two trails to follow. One is the Way of My Father and one is the Way of The Jungle. You have chosen to follow the latter.
Think you there is power in that image? That rock has only the power that you give it.’
And whirling around He picked up the now fallen long knife, the knife of sacrificing and smashed it upon the face of the idol.
‘That is how strong is your Law of The Jungle:  the eat or be eaten, kill or be tortured- death ends all and so let us forget it and obey the law of our stomachs  You think of yourselves as strong men who crush and take from a weaker neighbor. Stop and look down the vistas of history. Where are the nations who lived by the Jungle? Where is the world-encircling power of the Serpents? It was crushed by the flood of My Father’s making. Where are your strong men who lived by evil? They face judgment for breaking the Great Law of My Father, greater than all earthly precepts.”
“That law is this: LOVE ONE ANOTHER.” 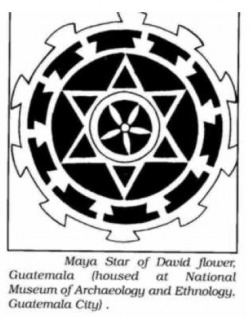