The Four Corners with Auriga and Gemini

Instead of calling this Sacred Grid the "Four Corners", I really should call it "First Nations" because when I look at this grid the northern point falls on the border of the Dakotas that has a long Indigenous history, the center point is not only in the Four Corners, but falls in the Mescalero Reservation and the Southeastern point is in the Palenque pyramid complex in Central America. And if you recall, the Palenque point of this sacred grid is also the north point of the Palenque Sacred Grid, one flows right into the other.
As you recall, the inner alignments go to Capella in the north, Pleiades in the Southwest and Messier 50 in Sirius in the Southeast as shown below in the blue lines within the sacred grid. 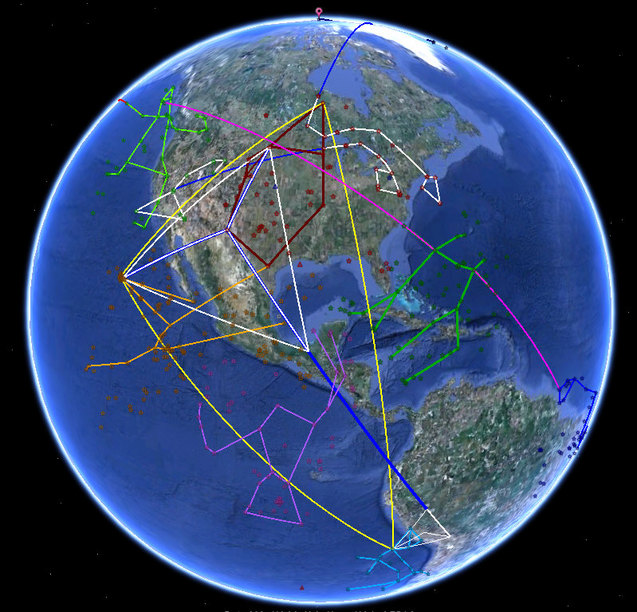 Auriga and Gemini
We begin with Auriga the Shepherd, who to me has an unmistakable Draco and Ursa Minor of it's own that aligns with Perseus' Scorpion and Polaris' Ursa Minor.
Traditionally, illustrations of Auriga represent it as a chariot and its driver. The driver is often represented as a shepherd with Amalthea, the She-goat flung over his left shoulder (due to the small triangle extending out), with her two kids below.
How Ptolemy or the Babylonians or the Greeks arrived at their astronomical conclusions about the configurations of the stars and their perspective stories I'll never know, but working with the constellations on the star map certainly tells me there was a lot left out, I got the feeling when doing this research, there is more to the star configurations than we know.

One would never know these configurations are there.......
Amazing what is hidden right before our eyes isn't it? 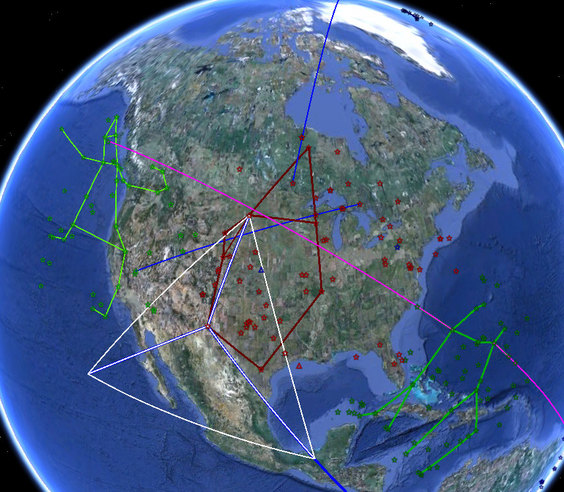 Auriga and Perseus' Hidden Configurations
So we have two Little Bears, a Serpent and another Scorpion. The Little Dipper in Auriga is interesting because it's "ladle or bowl" overlaps Washington D.C. and half the state of Pennsylvania as shown below in third image. 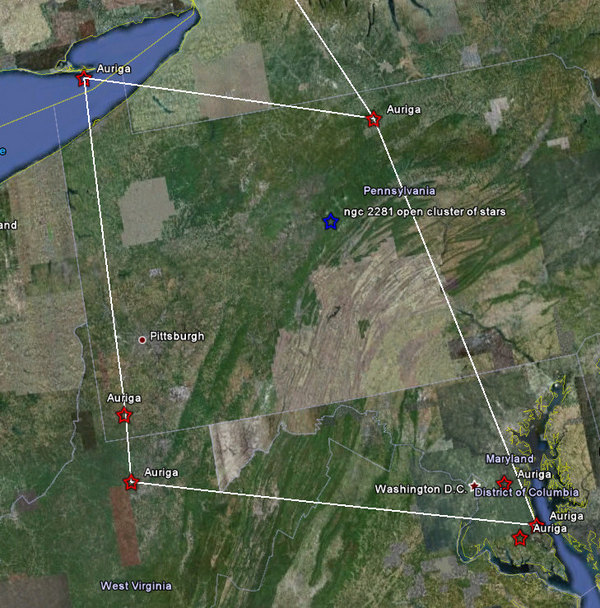 Auriga's Little Dipper Closeup
I've mentioned before everything I've discovered has been done by "intuitive guidance".  I had no scientific or academic reason to go in any direction, so often through this research I either felt a deep curiosity or a "pull" to go in a particular direction to see what happened with the alignments and where they went or what they connected to. Below was no different. One day I was curious looking at Sirius, Orion and the Pleiades to see how they aligned with one another. I drew a line from Sirius to Pleiades and saw this alignment also when directly through Orion's belt. Then I noticed if this alignment kept going north to Capella, it would parallel the west line of the Sacred Grid and then I looped it back down to Sirius, creating a right angle triangle as shown below. 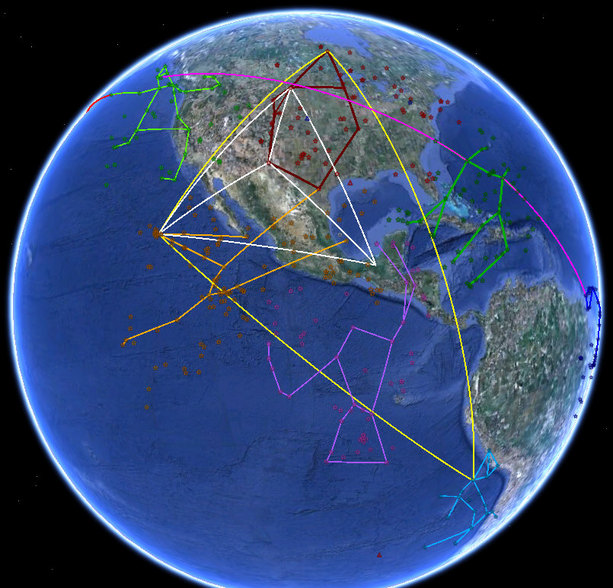 Auriga, Pleiades, Orion and Sirius Alignments
That concludes Auriga's alignments and now for Gemini.
Gemini consists of two brothers, Pollux and Castor who are said to be twins. Following the alignments from their arms, Castor's arm is pointing to the eye of Perseus and Pollux points directly to Hydra's eye. Interesting they are BOTH pointing to an eye of another constellation don't you think?
This indicates vision, insight and observation. 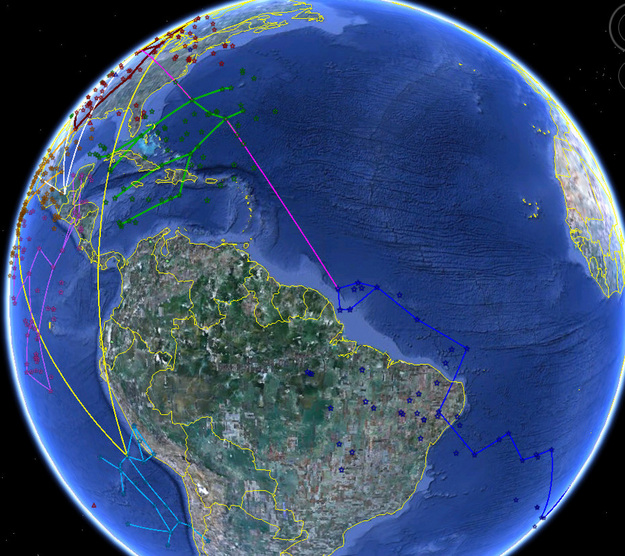 Pollux in Gemini aligns with the eye of Hydra
With the Four Corners Sacred Grid and it's companion constellations Auriga and Gemini, it aligns with Perseus, Pleiades, Orion, Sirius and Hydra. The countries and primary states within the U.S. the sacred grid and Auriga aligns with is northern Ontario in Canada near Hudson Bay, the Dakota's, Washington D.C. and surrounding area, the Four Corners, Mexico, off the coast of Brazil and Peru.