I drove into some of the most breathtaking country I've ever seen on the way to Paulina Falls. Upon getting there all the signs point to go to the Upper Falls, so as all good little tourists do........
However, when I get to the Upper Falls I realized it was not the same place as the photo on my screensaver, but as I stood there looking at the gorgeous scenery my mouth dropped in complete disbelief at what I saw. I looked around at the tourists trying to determine if they saw what I did. They didn't, so immediately I closed my dropped mouth.
I turned back to the Falls and saw the side-view of a massive head and down to it's left, I saw what looked like a cat's face right next to the falls.
So this was a very interesting experience because I'm standing in this incredible beautiful scenery with handfuls of tourists from all over the world coming and going. I once again really had to wonder if I was the only one who ever saw these images, wondering if it is just my imagination, wondering why no one has ever mentioned them.
I sat down on a boulder at the viewpoint, enjoying some water and these amazing configurations, watching the tourists come and go snapping one photo after another of each other at the Falls. I was looking at the cat wondering how long it had been here. It seemed to wear a smile while it gazed upon all who came to see the Falls, completely unaware of it's presence..........I thought I would be smiling too. 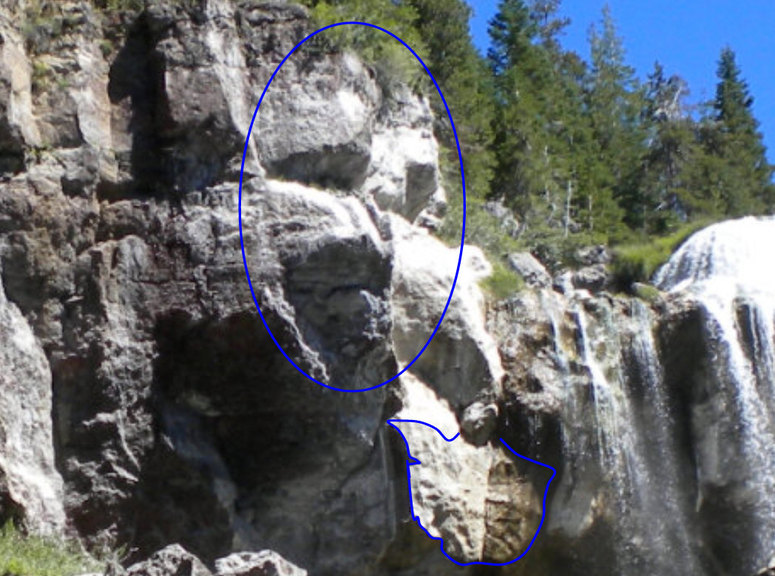 Upper Paulina Falls Image 2 closeup
If you look close enough in the negative of the cat, you can see the elongated pupils! 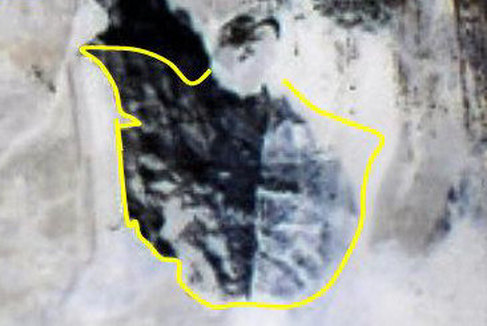 Upper Paulina Falls Image 3 Cat closeup negative
However, as I mentioned these were not the falls that were in my screensaver, so I began to ask if there were another set of falls somewhere and no one knew what I was talking about. I finally found a Ranger Rick and described what I was looking for. At first he didn't know what I was talking about either, then as I was walking off he suddenly remembered off a dirt road that is rarely used, there was in fact another set of falls as I described........so off I went, found the dirt road and sure enough found the Lower Falls.