I came across this amazing video recently by Jiva and Juliet Carter and wanted to share it with you...I think you will really enjoy it!
http://thetemplateorg.com 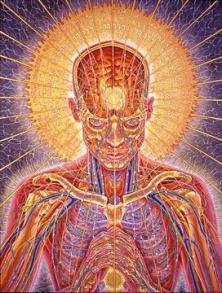 What is consciousness programming?

When I was in the midst of researching all this I kept tuning into the mid-west all up and down the Mississippi, receiving the same extremely strong feminine frequency going on I felt from the Nile, Og River in Russia and the Amazon. This prompted me to run an anagram on “Divine Mother” and “I’m over Ten” came up. I thought wow, that is exactly how many states that surround the Mississippi and as you can see three of the ten states have the word “ten” in them.

"Recent opening of railway into Tibet and the two ancient prophecies of Tibet and the Hopi Indians are now a reality, this information was shared through the Rangzen Network few weeks ago . (Thuten Kesang)

Now that the iron horse is roaring in the majestic land of the snows, it is timely to acquaint you with two excerpts from Sandy Johnson's book:

When the iron eagle flies and horses run on wheels, the Tibetan people will be scattered over the earth and the dharma will go to the land of the red man. Tibetan prophecy

When the iron bird flies, the red-robed people of the East who have lost their land will appear, and the two brothers from across the great ocean will be reunited. Hopi prophecy

His Holiness the Dalai Lama met with the elders of the Hopi Indians in 1979, and Chiefs from the Iroquois Confederacy in Syracuse. This auspicious meeting of the brothers certainly accentuates the accuracy of the two ancient prophecies of over a thousand years ago."